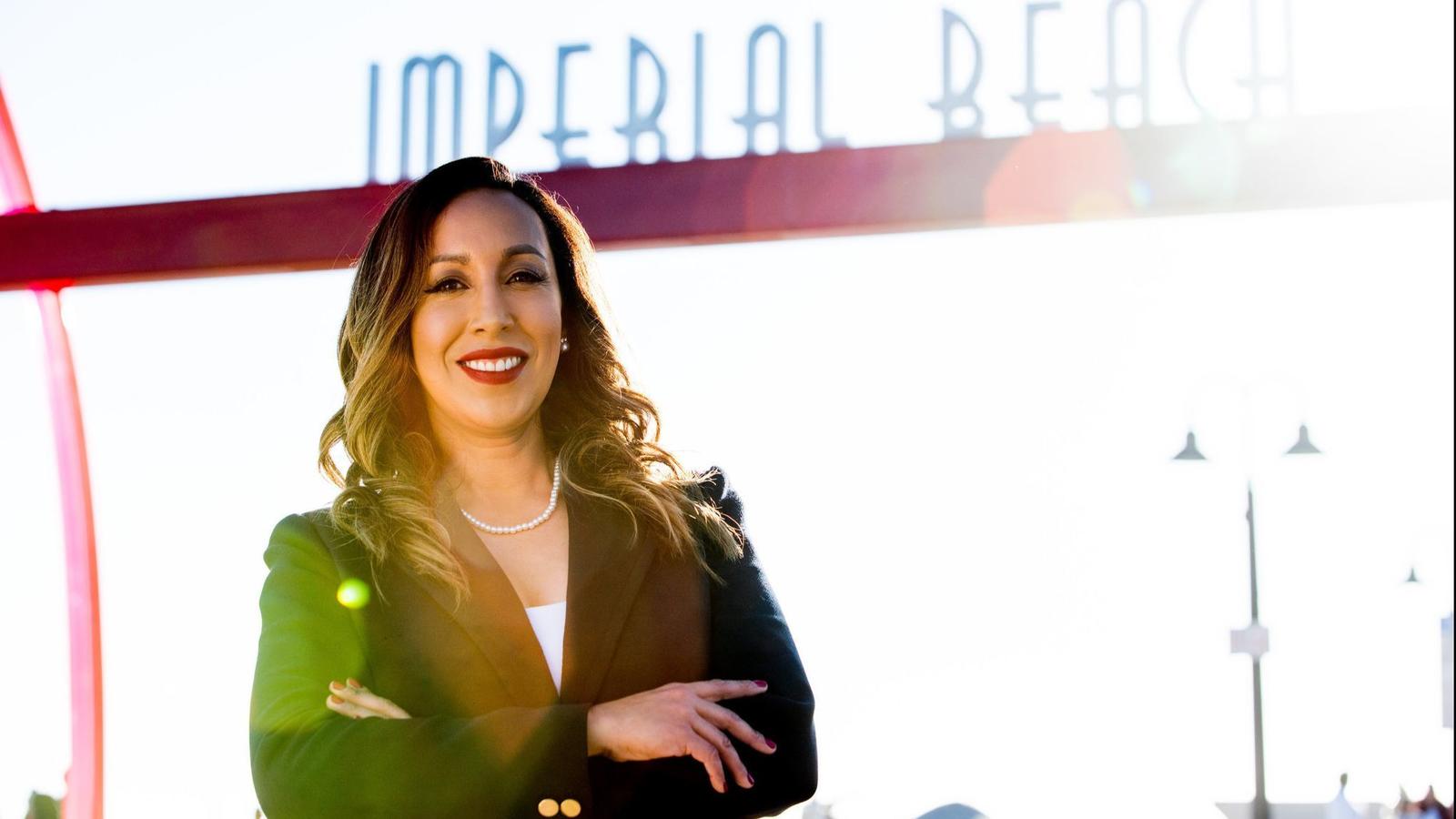 Paloma Aguirre, a first-time candidate, had 26 percent, or 1,551 votes, as of Wednesday morning. That put her second behind incumbent Councilman Ed Spriggs in an at-large race where the top two vote-getters win a seat on the council.

“I feel incredibly proud to be the first Hispanic elected to the city of Imperial Beach council,” she said. “Particularly because the city’s population is over 50 percent Hispanic.”Â  Aguirre said she hopes her presence on the council inspires other Latinos to run for office.

Aguirre’s victory came less than two months after a lawyer threatened to sue to the city for its at-large election system. The letter claimed Imperial Beach’s current system disenfranchises Latino voters, pointing out that even though half of the city’s residents are Latino, Imperial Beach has never elected a Latino person to the City Council.

Imperial Beach’s most pressing issues are cross-border sewage and the lack of affordable housing, Aguirre said. She plans to work on both sides of the border to stop the flow of pollution into the Pacific Ocean. Specifically, Aguirre wants to reduce the number of straws and single-use plastics in Imperial Beach and work with Mexico’s federal government to increase capacity at the treatment plant in Punta Bandera, which is over capacity, she said.

Regarding affordable housing, Aguirre said she’d like to tackle the issue from multiple angles that include incentivizing developers to build more affordable units, pressuring absentee landlords to put their vacant units on the market, and enforcing exiting short-term rental regulations.

Visit the San Diego Union Tribune to read the entire article. Congratulations, Paloma – we are so proud of you and your city!!