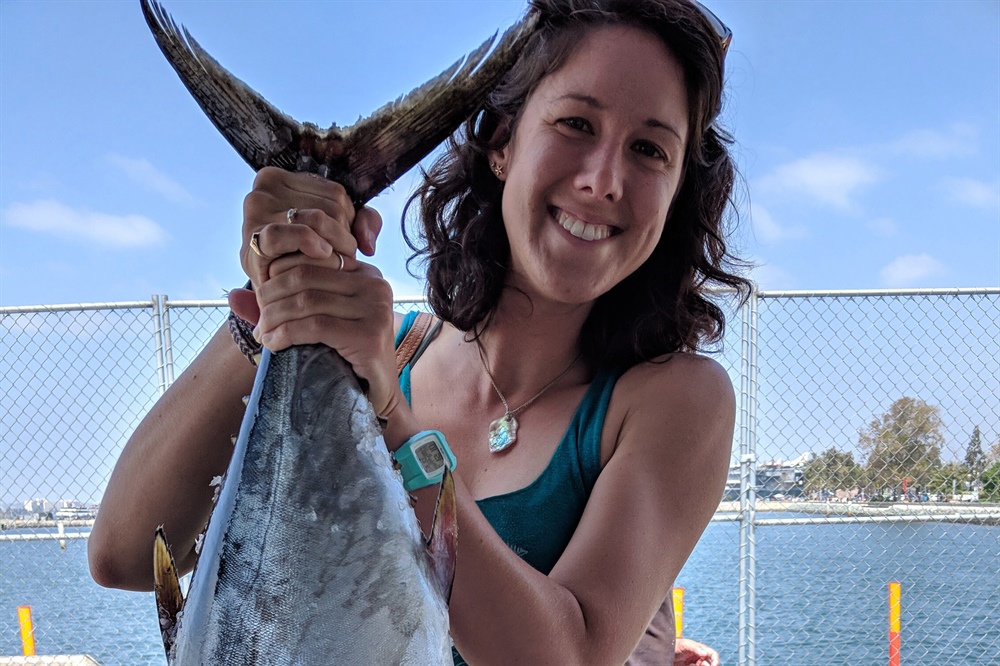 Did you know that most of the salmon you see in grocery stores and restaurants comes from a fish farm? It’s the same for catfish. Oysters, too, are primarily farmed rather than harvested from the wild. In fact, aquaculture, which is the farming of fish, shellfish and seaweed in fresh or saltwater, produces about half of the world’s seafood supply. I became interested in aquaculture sort of by accident, and that newfound interest led me to my current position as a Knauss Fellow.

After six years of working in environmental education, I decided to go back to school. Although I truly loved teaching and empowering the next generation of leaders, I felt that some of the environmental problems in my lessons needed immediate solutions and that I could help find those solutions. I chose an interdisciplinary, professional master’s program at Scripps Institution of Oceanography in San Diego, CA. The program blends marine science, economics, communication and policy with a focus on preparing students to address complex ocean issues. Each student must design and complete a culminating capstone project, which often guides their course selections and focus throughout the program. When designing my project, I gravitated towards something seafood-related because (1) sustainable seafood production is an interesting, timely issue that concerns how we balance ocean conservation with human use and (2) I really, really love eating seafood and I would like to keep doing so without, you know, destroying the ocean.

As I worked to refine my project idea, I was surprised to learn about the role of aquaculture in producing the world’s seafood. It turns out that the total global amount of wild seafood caught each year has remained steady for decades, even as human population has increased significantly. Aquaculture has become the fastest-growing food sector, supplementing wild seafood and feeding the growing population. So I was also surprised to learn that the U.S. lags far behind many other developed countries in its aquaculture production. While other countries explore innovative new farming methods, both on land and in the ocean, expansion in this country has been slow – and I wanted to understand why. 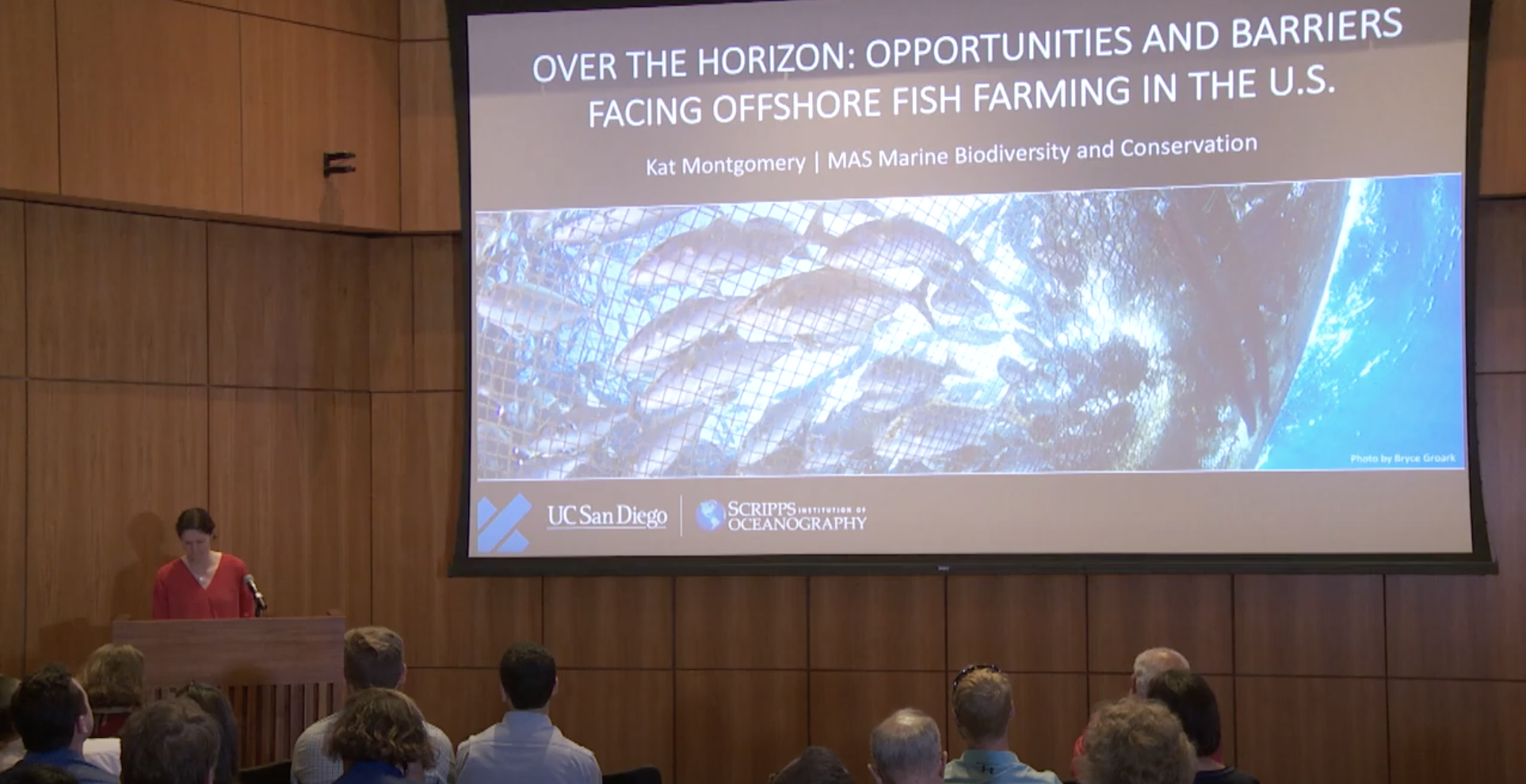 I ended up focusing my capstone project on one specific sector of the U.S. aquaculture industry: offshore fish farming. In this context, “offshore” means three or more miles from the nearest coastline, in ocean waters controlled by the federal government rather than state governments. Offshore aquaculture is a relatively recent, innovative farming technique that has been particularly slow to develop in the U.S. To better understand why, I did independent research and interviewed members of industry, government and environmental groups. I learned that one of the main barriers to industry growth was a complex, costly federal permitting process and that legislation was likely needed to clarify the process for this new way of farming seafood.

Such a bill, the Advancing the Quality and Understanding of American Aquaculture (AQUAA) Act, had been previously introduced in the Senate by Senator Roger Wicker of Mississippi but it failed to pass. As part of my research, I reached out to Senator Wicker’s office and spoke with a staffer about the development of and future prospects for the AQUAA Act. My final capstone project deliverable was an economic and policy analysis of the barriers facing offshore fish farming in the U.S., along with my recommendations for how to move forward. One of my recommendations was that Congress needed to pass legislation similar to the AQUAA Act in order to clarify the federal permitting process and create a framework for regulating offshore aquaculture.

After graduation, I was fortunate to be selected as a 2020 Legislative Knauss Fellow. This meant I would have the opportunity to spend a year working on Capitol Hill as a staffer in either the House of Representatives or the Senate. When I received the list of potential placements, I was excited to see Senator Roger Wicker on the list. I told myself I would keep an open mind throughout the placement process and consider every office. But the prospect of working to pass the AQUAA Act, something that I really believed would boost sustainable seafood production in the U.S., was just so cool. 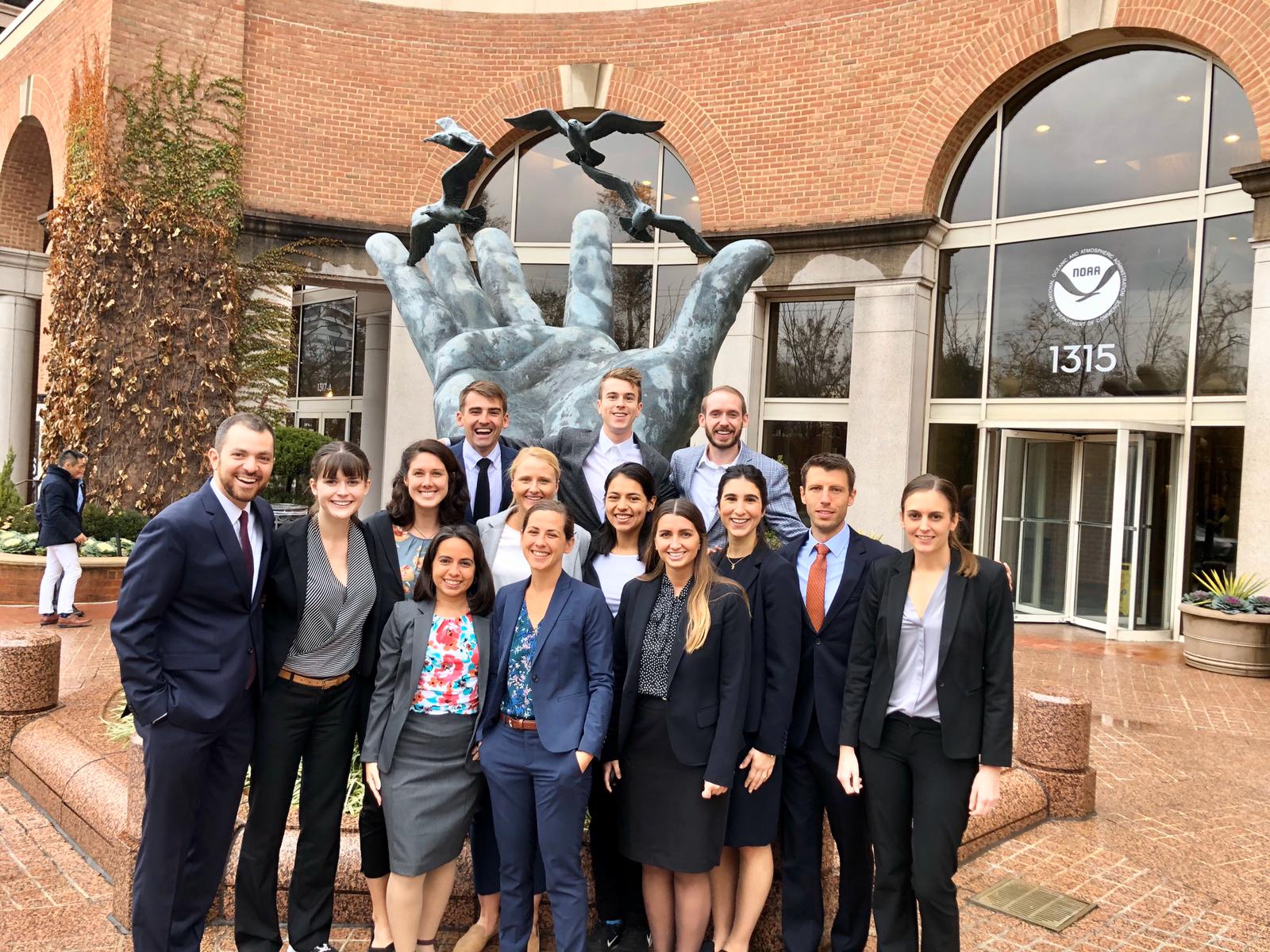 Fast forward to today, I am approaching the four month mark of my time as a Knauss Fellow in Senator Wicker’s office and I love it. I have already crossed paths with many of my aquaculture contacts from grad school, and the Wicker staffer I spoke to while researching my capstone project is now one of my in-office mentors. I work on a variety of interesting issues – and one of my main projects is working towards an updated, bipartisan AQUAA Act in order to pave the way for more sustainable offshore aquaculture in the U.S.

My work involves reaching out to aquaculture stakeholders, including industry groups, environmental groups and federal agencies, like NOAA, for feedback on drafts of the new bill, then actually editing the text of the bill to address the comments we receive. I recently had the opportunity to talk about the bill with a group of state Sea Grant directors, who asked questions and gave suggestions to improve it. I also do outreach to other Senate offices in order to talk about the bill and how it would affect their constituents and gauge the Senator’s level of support. All of this work helps to make the bill stronger so that it has a higher chance of passing once Senator Wicker reintroduces it.

When I went to grad school, I had no idea where it would take me. I certainly didn’t know it would take me to Congress. The decision to follow my love of seafood brought me to aquaculture, and aquaculture brought me to Senator Wicker’s office and the AQUAA Act. Congress sometimes moves slowly, and the AQUAA Act has been in development for a long time, but I believe that this bill will eventually pass into law. While I don’t know if it will happen during my fellowship, I hope it does! Either way, I am enjoying being a part of the process and I am proud to be working on a cause that I believe in.