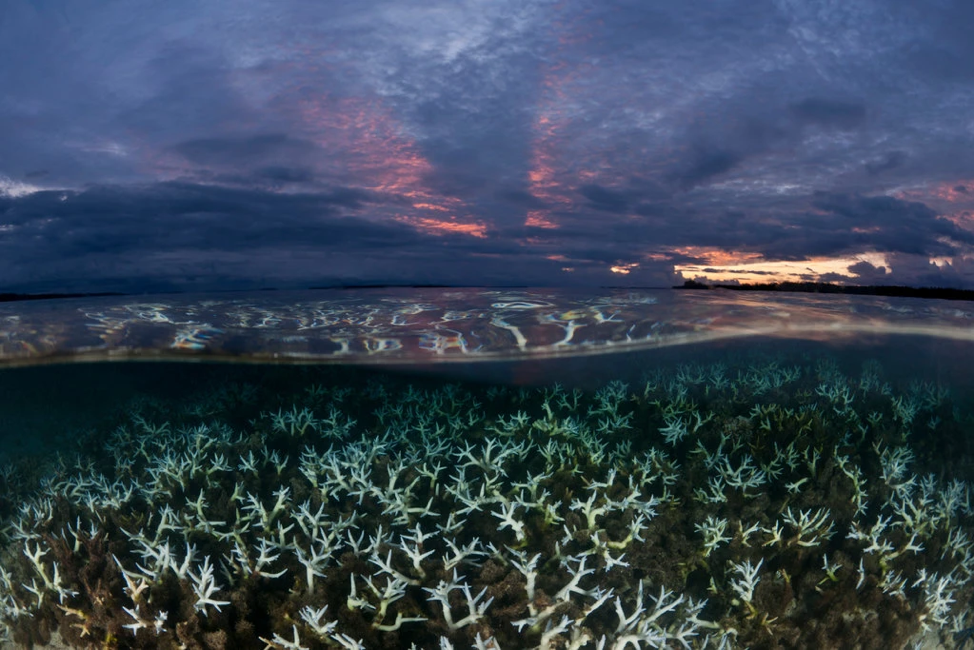 What if I told you we already know how the climate crisis ends?

In a way, we do. Geology is a history book into the past, and there is one particular chapter that bears a resemblance to our current story. This story began 56 million years ago, in what is called the Paleocene-Eocene Thermal Maximum (PETM).

The world was already quite different than ours today – the poles were ice-free, alligators were living in the Arctic Circle, and dinosaurs had already lived and died. A diverse assemblage of flora and fauna thrived. 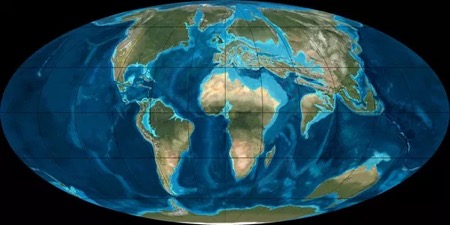 But then something eerily similar to today’s climate challenge shows up in the rock record – a dramatic increase in carbon dioxide, paired with a rise in oceanic temperatures, acidity, a decrease in dissolved oxygen, and the biggest mass extinction of deep sea biota in the last 90 million years. The PETM was a period of quick and dramatic warming associated with an increase in atmospheric CO2.

If we look at the current state of our planet, we can draw some comparisons between now and the PETM. Data shows the deep sea warmed about 4-6 degrees Celsius in the PETM. Current deep sea warming is happening as well, and we are just beginning to quantify how much. Studies have shown that 90% of human-caused warming has been absorbed by the ocean, and we believe about one third of that is in the deep sea. Additionally, like the PETM, our oceans have already become 30% more acidic because of the increase in carbon dioxide, which forms carbonic acid when reacting with the ocean. We are seeing decreases in the amount of oxygen held in the ocean water too, since warmer water can hold less O2 than cold.

Overall, these symptoms of climate change could have broad impacts on our world today and likely did during the PETM. Warming ocean temperatures can stress biota, accelerate their metabolic rate, increase consumption and respiration, and add even more CO2 on top of fossil fuel burning. Ocean acidification stemming from the influx of CO2 can prevent corals and shell-forming organisms from growing their calcium carbonate structures. In the PETM, this meant 50% of the deep sea organisms (namely, foraminifera) went extinct. 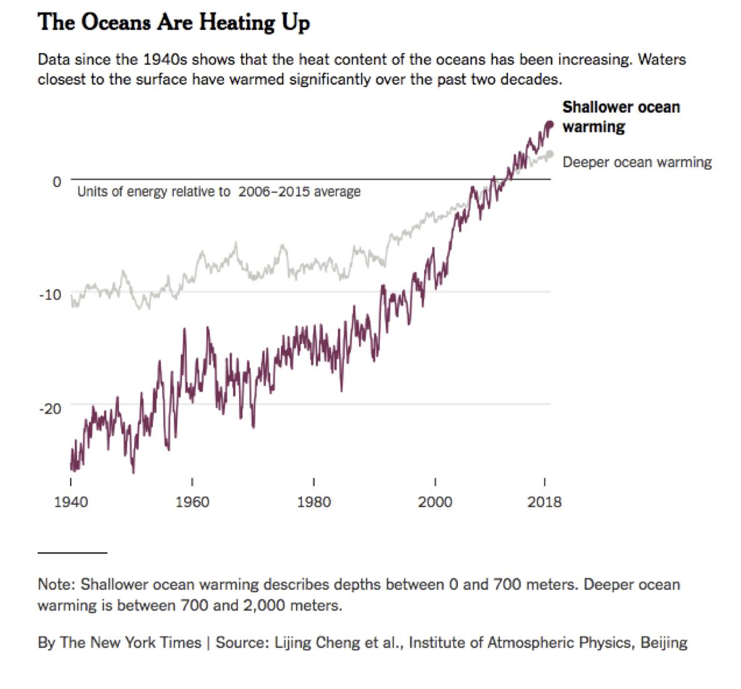 Today, we are causing climate change by burning fossil fuels. Surprisingly, this past climate analog could have been caused by the very same process. New studies suggest that the PETM was spurred by the burning of organic material, similar to coal and oil. 56 million years ago it wasn’t lightbulbs and airplanes, but ultra-hot magma burning adjacent organic material between Greenland and Norway with tectonic plate movement.

Could this all happen again? Is it already?

If the PETM is a chapter in the history book of the world, we are likely to arrive at a similar fate unless we take action to mitigate our greenhouse gas emissions.

While there are differences between the starting climates of today and 56 million years ago, this period of geologic history acts as an analog for current change and offers insight into what the future could be. By looking back, we have the unique foresight to be able to predict future outcomes and make changes accordingly. Will we?